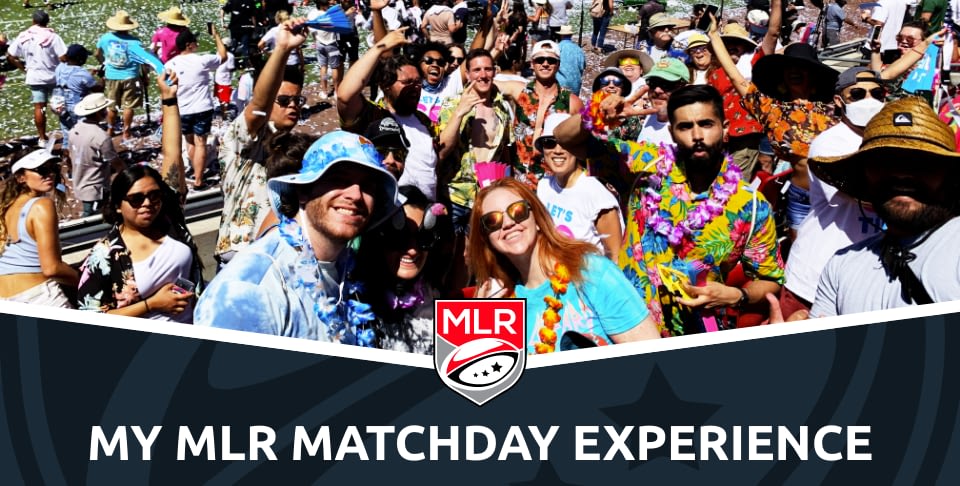 I self-identify as a casual rugby fan: I watch some World Cup matches every four years, moderately follow the World Rugby Sevens Series, and try to keep up with major rugby news in general. Top-level club rugby was just not on my US sporting radar. So, when I was given the opportunity to take in my first MLR match – the LA Gitinitis’ Western Conference final against Utah at the historic Los Angeles Memorial Coliseum, I was excited to see what North American rugby had to offer.

Rugby fandom in the US has always felt like an underground society; currently only a small percentage of North American sports fans understand the excitement and tradition that the sport holds. A professional rugby league is a great opportunity for the sport to grow as a game to watch and to play in the US –  and so there was a lot of curiosity as I headed off for my first MLR matchday experience.

I arrived at the Coliseum a couple hours before kick-off, hoping not to miss any of the build-up to the match. As I made my way down to the field after a pre-match bite to eat, I noticed a lively Fan Zone set up behind one of the in-goal areas and cut across the stadium to get a closer look. Filled with classic tailgating activities, this space offered a unique blend of American tradition and family-centered fun.

Giltinis fans seemed to be having a blast and I couldn’t help but join in the fun by testing my aim with a game of cornhole. Kids raced to get in line for Giltinis-themed face paint, while adults lined up to grab some liquid refreshment – so far so good. Serving as a great opportunity for some pre-match fun for fans, the Fan Zone exceeded my expectations.

I made my way to the media zone on-field to catch some warm-up action from both squads. I was surprised to see a healthy number of fans in their seats when the players jogged out – a full 40 minutes away from kick-off – to me an indicator that the Giltinis’ organization had been successful in creating an atmosphere of fun and entertainment that transcends the 80 minutes of on-field action.

Once the teams headed back to the locker rooms for final preparations, I took the opportunity to scan the crowd and found that a large majority of fans were sporting either Giltinis or Warriors apparel – showing the extent to which MLR fanbases have embraced their local teams, acting as proud ambassadors for their clubs.

Not long after, the teams ran out onto the field to the sound of thunderous booing for the visiting Warriors; followed by an enthusiastic roar for the Giltinis. Following an impressive rendition of the national anthem by a local singer, the ball was kicked and the Conference final was under way.

An aspect of MLR I was excited to see was the level and quality of play in a relatively young league filled with young players – supplemented by a cast of experienced international imports. I was blown away by the speed and physicality, with the match falling into a pattern of big hits and fast counter-attacking. It felt like any other professional club match I had seen in terms of skill, and the crowd was certainly invested from the jump. With every decision from the referee came a noise of avid approval or disappointment from the fans – depending on where their support lay.

I was blown away by the speed and physicality, with the match falling into a pattern of big hits and fast counter-attacking

A blast of the whistle meant the teams were heading back into the shed – with an animated half-time show from rapper Fatman Scoop keeping the crowd buzzing during the break.

The match was shaping up to be a nailbiter, with a tangible tension in the Coliseum for the final 10 minutes of the contest. The Giltinis were trailing, and their hopes of a Western Conference championship in danger of vanishing. But to the rabid approval of the home crowd, the Giltinis rallied to pull through with a magnificent winning try. Cue a wild celebration from the team and an audible sense of relief and joy for the Giltinis faithful. As the final seconds ticked off the game clock, fans rose to their feet to celebrate the momentous victory.

While the pre-match facilities were a nice touch and the on-field action excellent, in the end it is this sense of community between the teams, players and fans that will see MLR continue to grow and thrive as more North American sports fans begin to discover this great game.

In a city that some say is overcrowded with sports teams, it seems as if LA sports fans have made room for one more in their hearts.

PT SportSuite is passionate about bringing fan stories to life. Connect with our PT Engagement team to learn how we can activate fan engagement for your sports organisation. We’d love to chat!

Launch of official Lions Fan Zone will provide platform for global fan base to engage with Lions brand.

MLR and PT SportSuite announce the next phase of the partnership’s digital fan engagement strategy.

Insights from the 2021 Fan and Membership Engagement Conference

The Conference in April brought together professionals from across the sporting spectrum.

Partnership recognised at virtual awards with win in the Partnership category.